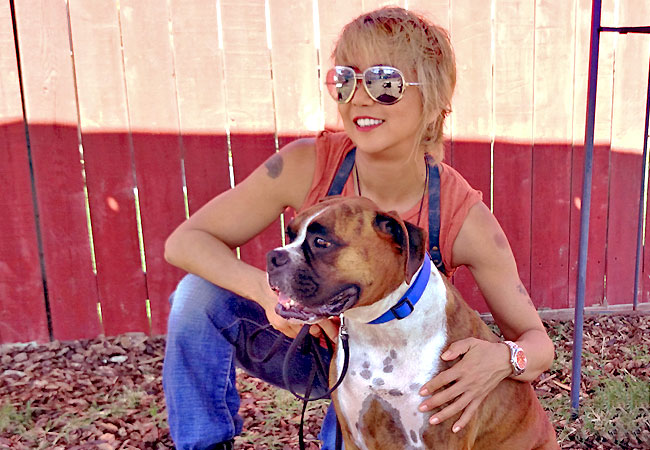 “To give is not always LOVE.”

My initial notion is to educate thoughtful owners who are capable of being considerate towards people who are fearful and not fond of dogs: The environment where both dogs and humans can live contentedly starts from here. People who are if unaware of the dogs behavioural issues, not the dogs themselves.

I don’t like to use the term, ‘training’; instead, I refer to this as ‘education’: My job is to encourage the dog owners to understand their dog’s manners from the society’s view, rather than dealing with the dog’s activities themselves.

Traveled to the US at the age of 24: Aiming to work with animals, began volunteer activities for animal protection. Whilst actively attending seminars and training sessions, she has been involved in taking part in the protection of marine animals, Boxer Dogs rescue, as well as local LA volunteering support activities. She has also attended and completed the studio/training seminars for “Hollywood Exotic Animals” which targets lions, bears, tigers and monkeys.

For her ability to tame the aggressive dogs, such as Pit-bulls, Rottweilers, Boxers, as well as dogs with troublesome behaviours, she has earned the reputation of being ‘a miracle’.

After working at the dog’s day/boarding centre, she began to question the reasons for the abandonments of the dogs, which led her to the establishment of Doggie911.

Her philosophy and understanding of ‘how irrational human beings are, compared to the simple society dogs have’ is based on her experiences. She is a dog behavioural specialist who be lives that ‘the problems are with humans.’