We have two dogs, Lupita and Kona. They had behavioral problems.
We agreed with Masumi’s philosophy and knew that she was the one for our dogs. But the US is too far to take the dogs to meet her, because we live in Hong Kong. So we decided to do the training remotely by exchanging email and resolved to do it ourselves by following Masumi’s advice.

Lupita and Kona’s improvement is a good example of the possibility of transforming a dog’s behavior by remote training over the internet.
This can only happen if the owners change their attitude and behavior. I think it would be great if our experience gives hope to other dog owners who are facing the same kind of problem as ours.

If you are interested in our case, please check out My Blog, to see how we trained our dogs and how Masumi trained us to become better dog owners!

We are enjoying Stella so much, and we are very grateful to your organization!
She is so sweet and easy to love, and seems to learn very fast.
Our session with Masumi made a big difference in Stella’s leash behavior.
We look forward to seeing all of you when we return for more training.

“Happy” had multiple issues, that needed to be fixed.
He constantly barked at anything! He is also very possessive over toys, socks, treats, even over my boyfriend.
Happy would attack any dog that came near him. He would even pee on our bed!

A friend told me about a trainer named MASUMI, who helped my friend with her two years old Doberman. Masumi gave us the basics, and showed us the real way to discipline Happy. He is no longer barks as much, or try to bite us, when it comes to food and toys. We take him to a dog day care every week.

Her great training has completely transformed Happy into a dog we thought we’d never have.
Thanks so much Masumi!!.

We adopted our dog (Riley) from Carson shelter and after 1 week we found out he is so aggressive with people who came over to our place and actually nobody could come close to us!

One day at Petco store in Rancho PV a lady gave us Masumi contact info and told she is the one! And actually she was the one!! After 3 just session at our place our dog Riley got much more better now. Masumi has a huge knowledge of dogs and anything that may touch them or us and our relationships with them. She seems to have knowledge on all training methods, and I think it is wise to consider all very carefully and how they apply in specific situations. We can’t thank you enough for the difference that has been achieved in Riley’s behaviour due to your training.

I have a 10-month old chocolate lab who had a few issues.
My life was a little complicated until I found MASUMI. She made my life so much easier with the training, that my dog has had with her.
He used to pull and tug when he was on a leash. He also used to jump on people when he would greet them.

Now he is such an obedient dog. I can’t even recognize my own dog.
He is also able to socialize better with other doggie friends at dog park.
I am so happy that I have met MASUMI!

I have a 4 year old terrier mix.
I always pick him up, because he doesn’t like to walk with a leash.

My dog is OVERWEIGHT, and I couldn’t make him walk.
As soon as Masumi puts the leash on him, he started to walk.
I was shocked! Masumi said to me that I was requesting him to walk, not telling him to walk. That was it.

She also said “GIVING HIM is not always LOVE. You are making his life short!”

Now we both love our daily walk. 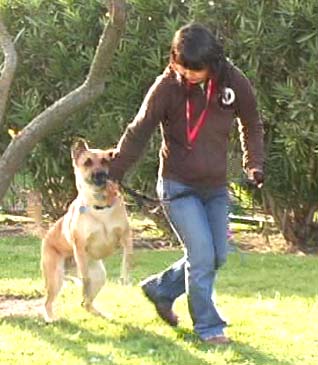 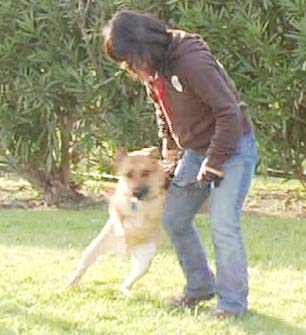 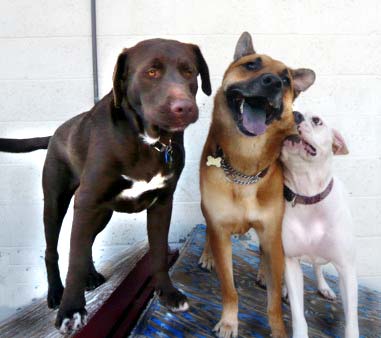 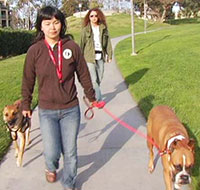 I wanted to write you to let you know how thankful we are for you and your training. My husband, daughters and I really enjoy working with you.

When we brought our rescued 8 month old pit bull (mixed with a little boxer) to you we were overwhelmed. We had a feeling she could be a good dog and were willing to step up to the challenge. But after 2 weeks of working with her we were not sure we were capable of handling this “high energy” dog.

We came to you anxious because if it didn’t work that Sunday afternoon Noelle, our 58 pound puppy, was going to have to go back to her South Central foster home. I was told the morning we met you that if we could make it through the next 8 months, Noelle would be a really good dog. I didn’t think I could make it through one more day!

The afternoon we brought her to you we could hardly handle her getting out of the car. She was excited and out of control. She was lunging at everybody and anything that moved.

However once Noelle met you everything changed. We couldn’t believe it. By the end of our training that day Noelle was lying on her back waiting for a belly rub. This dog was transformed. She wasn’t a high energy dog, just one that needed swift and efficient discipline. We thought we were giving that to her, evidently not, because the results of her working with you, Masumi, and your time teaching all four of us is priceless.

Now six weeks after our first meeting with you and we can’t imagine living without our family dog, Noelle, a pit bull mix.

Thanks again,
The Ruther family

I owe you many THANKS! Through your guidance and understanding I have learned more than I thought possible.

When you came to work with us, I was heartbroken. Due to the issues we were having I truly thought that I was going to have to find a new home for Liberty Belle. I have had many trainers come and work with Liberty Belle, but you were the first to work WITH ME first.

By working with me, I now know how, not only to be, but show and command being the PACK LEADER. You have shown me how to properly walk my babies, and now the walks are just AMAZING! You came in being very Confident, as such taught me how to be just as confident, and I love that. Now all of my dogs RESPECT ME and that just feels GREAT.

Thank you so very much for all of your help and leadership, and for showing me how to be a TRUE Leader. You have worked a miracle in keeping my whole family together and safe… YOU ARE AMAZING!!! 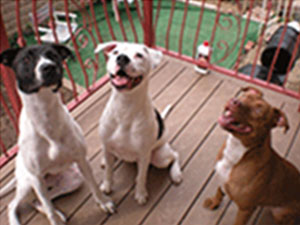 We took our 4 1/2 month old bulldog pup, Maggie, to Masumi’s group puppy class. She was not exhibiting any “problem” behavior yet except for the usual puppy excesses. Masumi’s training was a good balance of assertiveness and common sense.

She is friendly, down to earth and clearly understands the dog mindset. She gave us advice specific to our breed (bulldog) and to our specific puppy. I saw that Masumi was also knowledgeable about the other breeds and types of puppies in our class.

Her training is not simply all treats or all correction but a sensible balance of the two to produce a healthy dog and parent relationship. She helped our bulldog pup by not only training her but teaching us how to be calm assertive leaders of our “pack.” Masumi is our “dog whisperer” of the Harbor area.

Thank you Masumi for all your guidance.